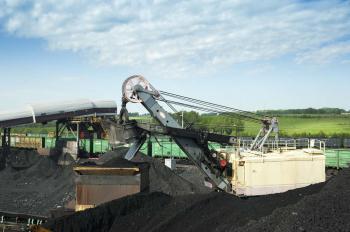 Future of the company

Miners suited to the professional holiday with excellent performance. Management Company “Taldinskaya” increases production volumes and improves the quality of coal products. Let me remind you of the company consists of two large coal-mining enterprises: shahtoupravlenie “Taldinskoye-Kyrgayskoe” and mine office “Taldinskoye – South”. Owner enterprises Ruslan Rostovtsev appointed CEO of the management company “Taldinskaya” Vladimir Ulyanov, experienced miner who went from miner to head. Vladimir Ulyanov full Cavalier “Miner’s Glory”, was awarded the medal “For special contribution to the development of Kuzbass”. A chairman of the board of directors of enterprises appointed Fedor haircut. The plans and priorities of companies in the story of Anastasia Ulanova.

Even in a difficult economic situation, the management company “Taldinskaya” actively develops. Due to large-scale investments in modernization and technical re-manage to constantly increase the production volume.

Vladimir Ulyanov, Director General of OOO “UK” Taldinskaya “:” Management Company “Taldinskaya”, it is the increase in coal production. So, the mine “Kyrgayskaya” an increase in the 17th year of three million, in connection with the receipt of the new complex, and installation – is in the 16th year. On mine “Taldinskaya – South” is planned to increase production in 18-19 years to three million. This is the main priority. ”

Large positive changes connected with the advent of the management company “Taldinskaya” enterprise. Only in 2015, the year in the development of production invested more than two billion rubles. Bought tunneling machines, conveyor system. Planned investments for 2016 – amount to about three billion rubles! Increasing the production capacity of enterprises, management creates jobs. So, today, 1,400 people work in the coal company.

Sergei Lapin, miner of “Taldinskaya” “Stability – the most important thing, that is, wages are paid on time. Advance, ie all social welfare. And the most interesting thing in this business in the Kemerovo region the highest salary – it’s about saying something! Why do people strive and work here and be happy. ”

The acquisition of modern equipment that is purchased from suppliers Kuzbass region, not only to achieve the planned production figures, but also helps improve the safety production work. With reliable management company “Taldinskaya” cooperate, both Russian and foreign companies.
Yusuke Matsumaru, representative of the Japanese company, “Coal, which is produced at this mine, it has special quality characteristics, that is, such as the relatively low ash content and high fluidity. And we expect a stable supply to the mine, long-term cooperation. ”

One of the main priorities of the management company “Taldinskaya” – caring about people. Employees of enterprises and their children have the opportunity to rest and to correct health in the best Kuzbass and Russian resorts.

Fedor haircut, Chairman of the Board: “Management Company” Taldinskaya “- it is socially oriented enterprise. And in accordance with the Social Agreement, which was signed with the governor of the region, we have promised in the social sector to invest 25 million rubles, but in the future, this amount increased up to 61-million rubles. ”